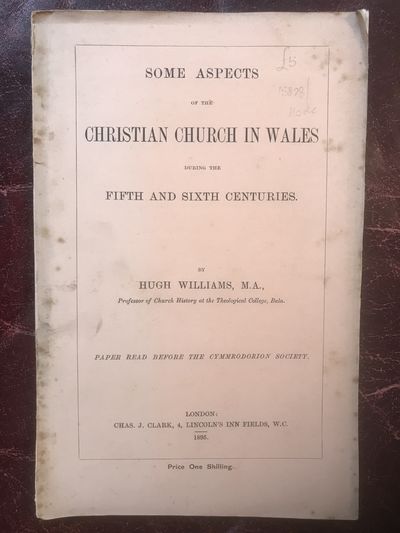 Collectible Original 1895 Edition Good+ Clean 78 pp. NOT a library copy. Free of markings. Foxing on Paper cover and title page. Tight with age appropriate for it's age and usage. Study of Arthurian Sixth century and Gildas and the Eastern influence on the Monastic movement among the Celts. Much Hebrew influence on the 'Celtic Church' Hence called 'Judiazing' by Roman both cultures reckoned the Night as the next day, dating of Easter. Irish influence. Much more. Five star Customer service since 1977 First Edition.

Title: Some Aspects of The Christian Church In Wales During The Fifth And Sixth Centuries Original 1895 Edition